Home एजुकेशन Muslims must provide higher education to their children at any cost: Maulana Arshad Madani

New Delhi: Like every year, Maulana Arshad Madani President Jamiat Ulama-i-Hind, today announced the scholarships for the year 2021-2022. While announcing these scholarships, he said that with this little effort of ours, the future of many intelligent and hardworking students who are facing severe difficulties in continuing their education due to their financial problems can be improved to some extent.

Maulana Madani said that the kind of religious and ideological war that has now started in the whole country cannot be countered with any weapon or technology but the only way to win this war is to equip our new generation with higher education. We should enable them to use their knowledge and consciousness to defeat their opponents in this ideological war and to reach the milestones of success and prosperity.

Maulana Madani said that all the post-independence governments had excluded Muslims from the field of education by their planned policies. The report of the Sachar Committee discloses this bitter truth, which clearly states that Muslims lag far behind the Dalits in the field of education.

Maulana Madani asked whether it happened spontaneously or Muslims deliberately withdrew themselves from education? None of this has happened, but all the governments that have come to power have made us backward in educational fields. They may have realized that if Muslims move forward in the field of education, they will rise to the highest positions with their abilities and talents. Efforts have been made to isolate Muslims from the national mainstream of education through tricks and obstacles.

He stressed that now is the time for Muslims to get their children educated at any cost. We urgently need schools and colleges in which our children can get higher education with religious identity in the world without any hindrance or discrimination. He also appealed to the influential people of the community to set up schools where the children get modern education with their religious identity.

“Unfortunately, Indian Muslims, especially the wealthy Muslims of northern India, are not paying attention to what is most important to us at this moment,” he said.

Today, Muslims are interested in spending on other things but they are not paying attention to education. We have to understand that the current situation in the country, which can only be countered by education only.

He said that for the same purpose, Jamiat Ulama-i-Hind has been distributing scholarships for needy students for many years so that intelligent and hardworking student would not be deprived of education due to lack of resources or poverty.

The application form for the 2022 Scholarship can be uploaded from the website www.jamiatulamaihind.com till January 30, 2021. He further clarified that students from any government or reputed institutions related to engineering, medical, education, journalism or any technical or professional courses, who have obtained at least 70% marks in the previous examination will be eligible for the scholarship.

RNI news is india's one of the most trustable news agency. we provides latest and all breaking news, So always stay with us and be updated. 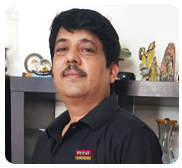